< Back to Staff Directory 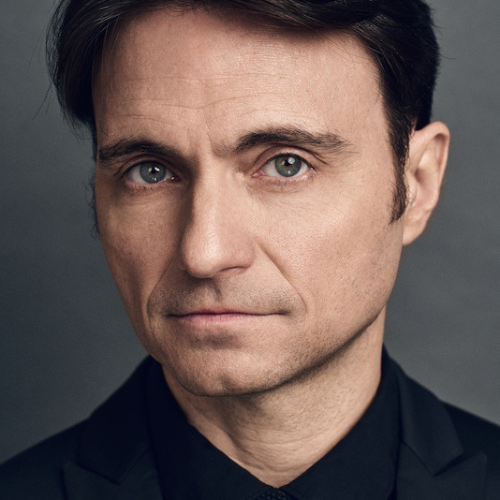 Christian Capocaccia has brought his passion for opera and love of his new home city to all his roles at Syracuse Opera, including a successful recent tenure as General and Artistic Director. His energy, effective leadership, and dedication to artistic excellence brought the company through the pandemic years. Now, in his Artistic Director capacity, he oversees the artistic vision of Syracuse Opera Company and Tri-Cities Opera in Binghamton.

Born in Rome, he attended the Santa Cecilia Music Conservatory studying under Paolo Ciociola and completed his studies with world-renowned violinist Nina Beilina in New York. He studied composition under Boris Porena and Luciano Pelosi and conducting with Piero Bellugi and Donato Renzetti. A graduate of Indiana University Jacobs School of Music in Bloomington under David Effron, he has participated in Master classes with Herbert Blomstedt, Gustav Meier, and Leonard Slatkin.

Christian’s first year as Artistic and Music Director of Syracuse Opera season 2018-19 he conducted the three productions of MACBETH, DON GIOVANNI, and THE THREEPENNY OPERA. In the same season, he also made his debut with the Rochester Philharmonic Orchestra. In spring 2018 he returned to Pittsburgh Opera to conduct L’ELISIR D’AMORE following a very well-received debut with the company in 2017 conducting LA TRAVIATA.

In the 2019-2020 season, his second as Artistic and Music Director, he led acclaimed performances of COSÍ FAN TUTTE and CANDIDE. In addition, the season was his third as Symphoria’s Associate Conductor & Youth Orchestra Music Director.

Recognized as an “energetic” performer by The New York Times, Christian has distinguished himself as an artist of keen insight and musicianship. His ease on the podium and comfortable coaching style with musicians and singers have made him a favorite with orchestras, opera companies, and vocalists and his commitment to bringing professional quality opera to the Central New York area continue to make him a valuable asset to Syracuse Opera in his new role on the Board.

Syracuse Opera programming is made possible with funds from the General Operating Support program, a regrant program of the County of Onondaga with the support of County Executive, J. Ryan McMahon II, and the Onondaga County Legislature, administered by CNY Arts; by American Rescue Plan Act (ARPA) funding from the City of Syracuse Arts & Culture Recovery Fund Program, a regrant program of the City of Syracuse administered by CNY Arts; and by the New York State Council on the Arts with the support of Governor Kathy Hochul and the New York State Legislature.