Two things are pretty much ever present in the operatic repertoire, mothers, and misery in one form or another, often together!

This season we have a couple of examples of this most unfortunate combo. I will talk today about miserable mothers not murderous or unfit ones… yet. The most obvious examples of misery and motherhood in The Medium are Mrs.  Nolan and Mrs.  Gobineau. (Major spoiler alert, lots of plot reveals ahead!)

Mrs. Nolan is one of the touching characters taken advantage of by Mme. Flora, aka Baba in The Medium. She is a widow who lost her 16-year-old daughter and in desperation turns to a Medium to contact her and assuage her deep pain of having lost so much. It is not clear what caused the death of her daughter in the piece, but the infantile way Mrs.  Nolan uses to talk to the “apparition” of her teenage child, ( Monica, Baba’s daughter in disguise) calling her by what seems to be a nickname “Doodly”, suggests a painful deeply unresolved relationship. It is also clear that a mother always sees even an adult child, as their baby and the pain that comes with such loss, is enough to break the strongest of souls.

During the interaction between Mrs. Nolan and the “specter” of her daughter, clues to the fraud are plain yet the at first reluctant and frightened Mrs.  Nolan gets sucked in. She is in pain, frantically seeking the solace that her beloved daughter is happy, not in pain, and may be enjoying the company of her also deceased father. The deep solitude of Mrs.  Nolan comes through immediately as she is racked with sobs, having seemingly cut herself off from the world in grief. She asks her “daughter” “why did you leave me?” and feeds off the reassurance and the tenderness provided by Monica as the “apparition” who tells her not to cry for her, and essentially to move on with her life. When Monica trips in her interpretation of “ Doodly” and mentions a gold locket, Mrs. Nolan doesn’t understand why this is referenced since she has no knowledge of a locket and immediately shows her confusion. That leads the fake specter to “disappear”, which hooks the grieving woman even further as she tries to grab the apparition and is stopped by the other people present before she ruins the séance for all. The trick worked, the power of suggestion and the blindness brought upon by the loss of a child, leads her to come back to Mrs. Flora’s parlor, same as Mr. and Mrs. Gobineau. In that second act, Baba tries to chase them away and spews the truth of the fraud at them, but so taken are they by the grief and the guilt they feel, that they fight the truth and refuse to believe the revelation.

When it comes to misery and motherhood, it seems to be a common operatic device to foster emotional investment from the audience. It is an archetype that is omnipresent in drama in general, not just opera, but theater, film and literature as well. The Medium contains not just one but two grieving mothers in the depths of misery, a telling fact by itself.

Mrs. Gobineau is there also and has been coming to the con-woman for about two years even though she lost her child as she puts it “long ago”. She is a powerful mix of grief and deep guilt, there to make contact with her two year old son who drowned in a fountain on their property only a few feet away from her while she was cutting flowers. Mrs.  Gobineau, just like Mrs.  Nolan, is taken in very easily by the suggested presence of her little one (voiced by Monica’s interpretation of a child’s laugh) going so far as to physically sensing the ghostly child’s kiss on her cheek, and recounting how she has always felt her son Mickey’s hand on her hair.

Neither woman can reconcile with reality, their emotional need for the illusion, even when Baba reveals her true nature to them and exposes herself as the fraud she is. Monica reenacts the daughter’s speech and the young son’s laugh for them, but they insist that that is in no way the voice of their respective loved ones as previously channeled during the séances. So profound is their pain that rationality cannot pierce the fog they exist in, begging the con woman to essentially keep the con going at all cost.

Mrs. Nolan and Mrs. Gobineau are a perfect illustration of the ultimate misery, insurmountable for a mother, that is the loss of a child. 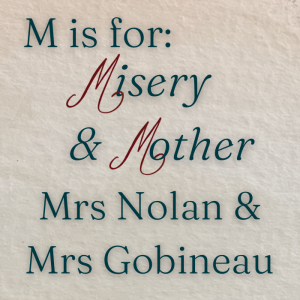 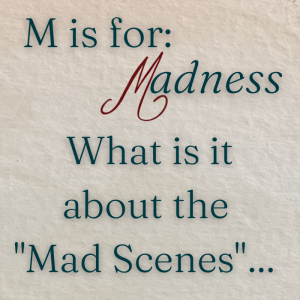 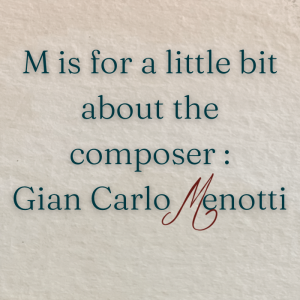 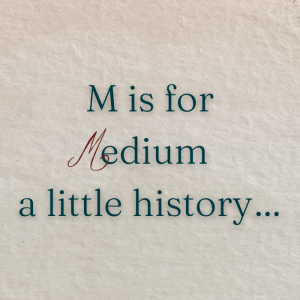